My husband and I noticed a new dish at one of our favorite local spots. I don’t usually order new dishes b/c I don’t know the outcome of it. I like to stick with what I know will satisfy my cravings at the moment.

You see, we often go to restaurants with a purpose, not to socialize. The purpose is to satisfy a particular craving. If the craving is soup dumpling, we have a spot for that. If the craving is chicharron, there’s a place for that. If it’s bbq ribs and steak tips, there’s a spot for that and so forth. So when there’s a new item on the menu and it disappoints then our purpose wasn’t fulfilled. And I don’t like that.

This time the new item on the menu was lobster corn chowder. Sounds intriguing. We ordered the dish and liked it so much we tried it at home. At least he did. I annoyingly followed my husband and snap pictures of the cooking process as he tried to replicate the dish. For our version, we added bacon. Everything taste better w/ bacon. Well, many things do. 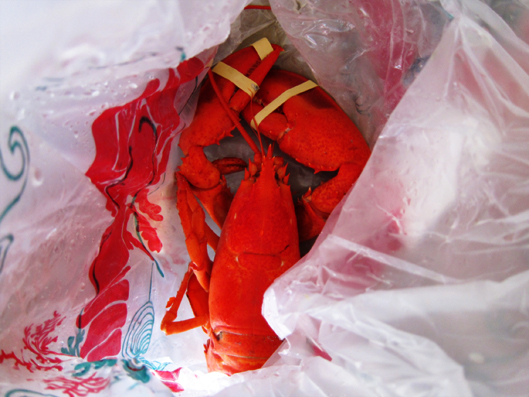 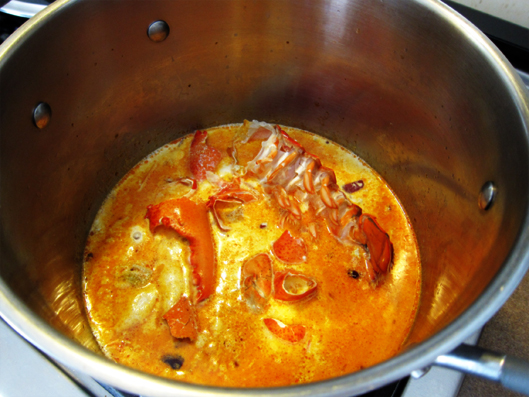 He used the shells to flavor the stock. 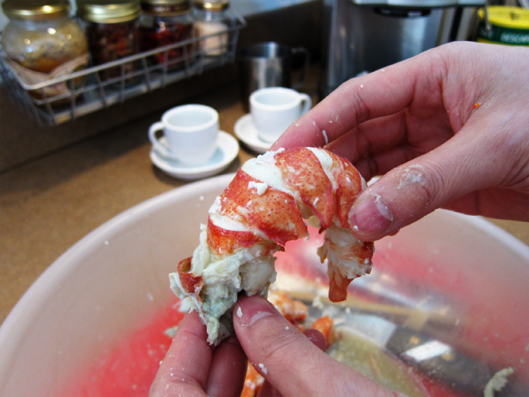 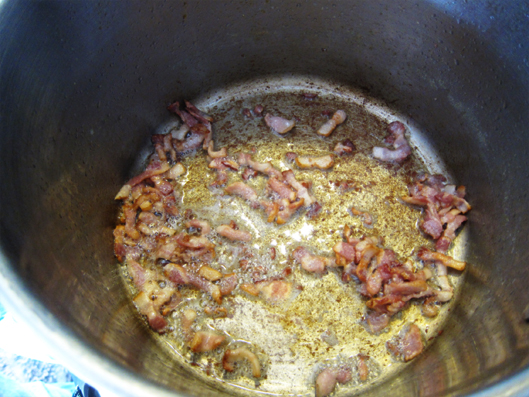 In a separate pot, bacon bits were browned. We used the bacon for toppings only. 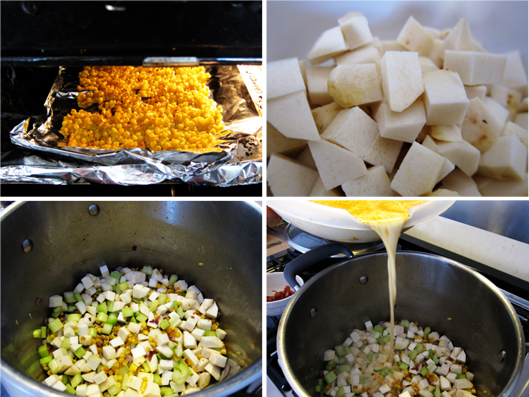 The corn was roasted first before putting into the pot of bacon drippings. Taro was used instead of regular potatoes. Celery joined the mix. After sweating the veggies, he added the lobster stock. I believed that sherry wine was also added to give a sweet note. 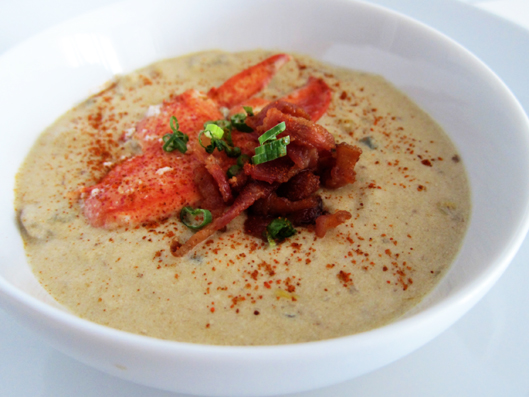 After some time of letting it simmer, this is the finished product! Needless to say, my husband is a little talented! I was not disappointed. And of course I also added cayenne pepper b/c I am ridiculously addicted to spicy food.